You are here: Home / Archives for stew recipe The uniquely creative and creatively unique recipe below is from Paulding & Co. Eggplant is one of those vegetables you either love or hate. Don’t let it know but I tend to fall in with the latter crow. However, when it’s in a stew, soup, or even pasta – where it’s more a co-star than the lead, I find it to be pretty darn good. 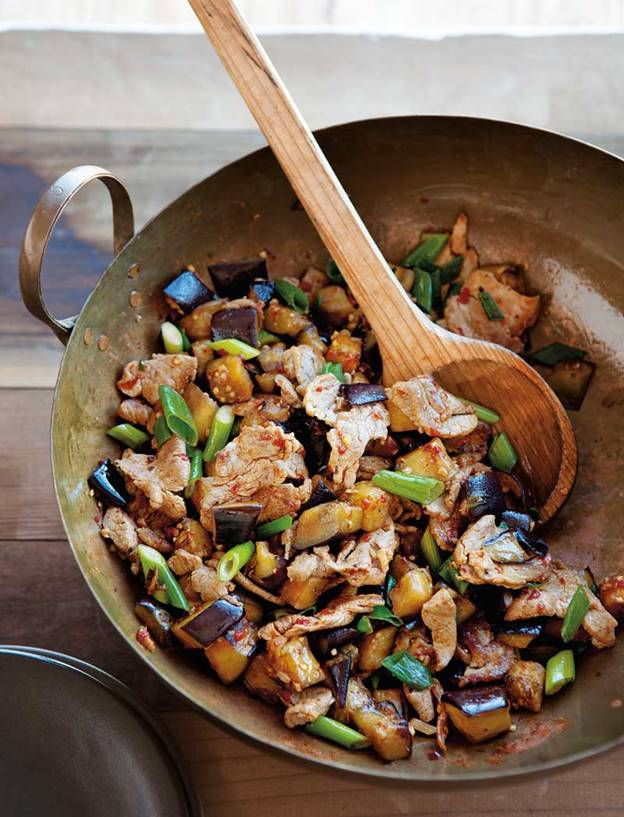 So how do you, personally, feel about eggplant?! If you’re a fan, how do you enjoy it? There are so few foods I actually dislike – I’d love to find a way to fall in love with eggplant so that liver stands alone in the “No, thank you” category.

Founded by mother-daughter duo Terry and Tracy Paulding, Paulding & Co. is a commercial kitchen and instructional/event space that specializes in creating innovative event ideas for families and corporate entities through public cooking classes and exercises. Located in the heart of the San Francisco Bay area, Paulding & Company inspired Disney/Pixar animators for the Ratatouille film and director Clint Eastwood for several projects.