You are here: Home / Archives for Southern Green Beans Recipe Southern green bean recipes differ from cook to cook – often in the same family! For example, if my grandmother or mom had known I’d one day grow up to put chicken broth in my green beans, they’d have passed out Old-Hollywood-style.

But, what can I say? Years ago, when I saw how much FLAVOR adding chicken broth to rice created, I began experimenting and, lo and behold, it adds a beautiful flavor to almost anything.

Naturally, if you want to go with all water (as opposed to half water/half broth), go for it. They’re your beans, after all!

I love to add a little dash of red pepper flakes toward the end – if you go easy, the heat is barely noticeable. It adds a new level of flavor without setting your tongue on fire. I’ve never tried this recipe with canned beans, so I have no idea how they’d turn out. Buying fresh takes a little more time (since they don’t snip or snap themselves), but it is SO worth it. 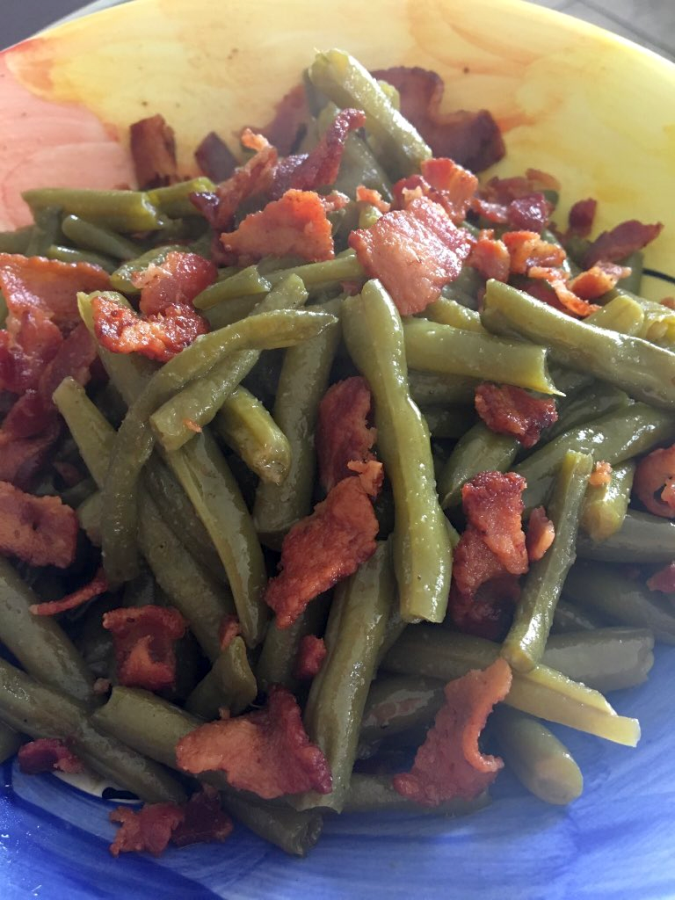