You are here: Home / Reviews / Table Talk / Cooking 101: How to Cook! / PERFECT Baked Potatoes in Your Oven
I may earn money or products from the companies mentioned in this post. This costs you absolutely no extra money (of course), it simply allows me to maintain the lifestyle my cats are accustomed to! 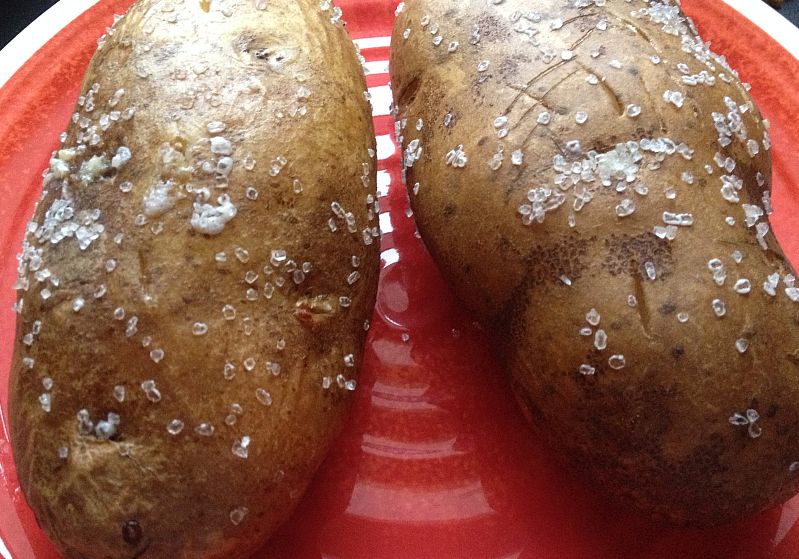 Although it’s different from most people, I don’t wrap my potatoes in foil before putting them in the oven. To me, doing so kind of  just “steams” the potato rather than “baking” it.  I like for the skin to have a slight crispiness to it when I cut into it. If it doesn’t’ have that slight little crunch sound when the knife cuts into the potato, I don’t get quite as excited.