You are here: Home / Archives for Back to School 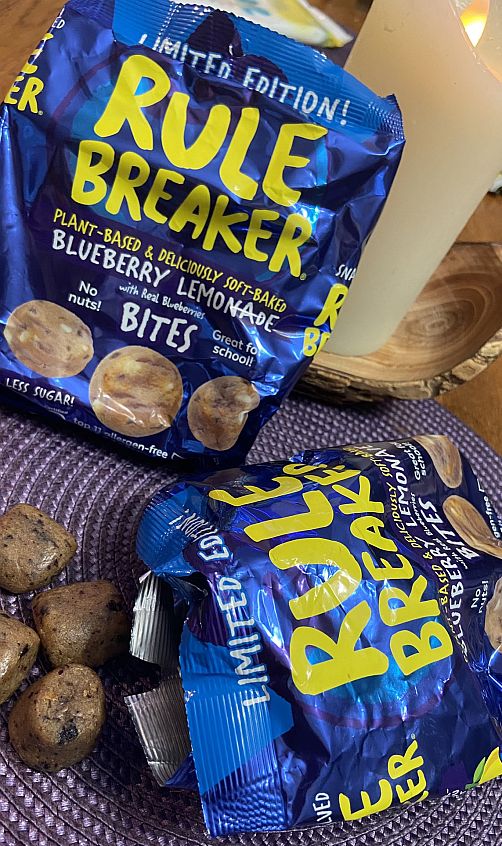 If you’re like me, you’re always on the lookout for healthier snacks, not just for the children in your life, but for yourself and other adults as well. Unfortunately, it can be a bit of a challenge finding snacks that are guilt-free and healthy, without tons of sugar, salt or other ingredients synonymous with snacks. Snacks you WANT to eat, ENJOY eating, and actually look forward to having again.

The frustrating thing is the addictive snacks (the ones we enjoy so much and look forward to again and again) usually have addictive ingredients like sugar and/salt. Sure, healthy snacks without tons of sugar and salt exist, but they’re usually are SO lacking in flavor that you don’t want anything to do with them. In fact, they’re often so bad, you worry that they’ll turn the kids in your life completely against “healthy food” all together!

When I was asked if I’d like to sample the healthier snack alternative, Rule Breaker, in exchange for telling my food blog readers about it, I jumped at the chance. I’m always interested in healthy snacks for myself AND even more so, for my three grandbabies.

I believe that one of the biggest reasons we have such a problem with diabetes and with overweight children and adults in America can be traced back to most of us developing somewhat of a sugar addiction very early in life. That’s why I want so VERY much for my grandbabies to start eating healthy snacks today so they’ll enjoy them tomorrow.

When bags of Rule Breaker Blueberry Lemonade Bites came in the mail, I anxiously tried one. After all, the flavor combination is one I’ve been hooked on for ages – blueberry/lemon tea, blueberry muffins with lemon zest, blueberry/lemon smoothies, etc.

The first bite was a knockout of flavor – the lemon and blueberries battled one another for dominance and it was a pleasure to be caught in the middle.

The next day, I anxiously gave one to each of the two grandbabies who were with me (Jacoby, 2, and Maddox, 4). I’ll be completely honest with you (as always)… the four year old, at first, refused to take a bite. When I convinced him to at least try one, he wasn’t a fan. In all fairness, though, he can be a really particular eater.  He loves blueberries and the taste of lemon, however, so I thought he might buy into these.

So far not only has he not bought into them, he won’t eve lease one! I plan to try again really soon. I think he may have been expecting more of a blueberry muffin and it simply isn’t muffin-like.

His little brother Jacoby, however, loves them! He ate the one I gave him, the other half of Maddox’s, and then asked for more. He wasn’t expecting a muffin, so I think that worked to his advantage.

The flavor is a perfect 10, even if their appearance isn’t lmao… they simply aren’t terribly yummy-looking. The texture and “mouthfeel” are different from most things kids are used to (I really think this is where Maddox got tripped up), but if we can get kids to become more familiar with healthier food, these things won’t seem so unusual to them.

There are other flavors and varieties of Rule Breaker Snacks on Amazon (Amazon link) and I think most of them would be a big hit with kids (though I’m absolutely sure most adults will love these Blueberry Lemonade Bites as much as me and the two year old do!) and adults. Chocolate, Birthday Cake, Pumpkin Spice, Mint Chocolate Brownie, and Chocolate Chunk Brownie are the exciting flavors. All are wonderfully gluten-free and vegan.

True story: Jacoby just walked up to me at the computer while I was working on this review. He looked at the picture below, recognized the bag, and said, “My want some, MiMi!”

So… MiMi is off to give her adorable Jacoby a snack we both feel good about. I think I’ll even see if Mr. Picky Pants will give them another try! 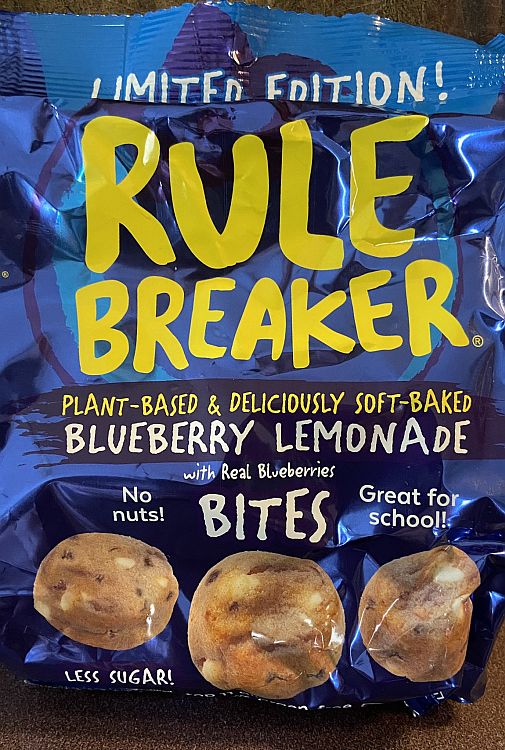 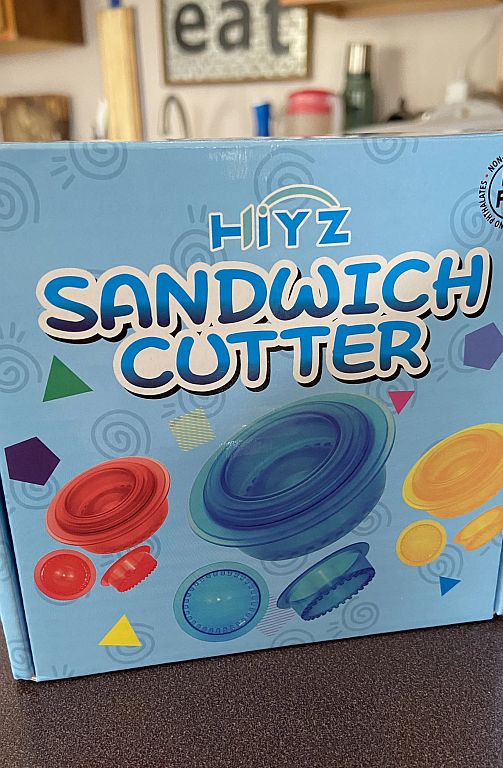 If you have kids of any age in your family, you may already be familiar with the wildly popular, delicious, and… well… a little costly… Uncrustables. They’re sold frozen and you can conveniently thaw one or more as needed (they thaw VERY fast.. much to the pleasure of hungry kids). My oldest grandbabies absolutely love them. They fit in their little hands perfectly, allowing them to roam from one thing to the next to the next to the next.

My grandbabies love the peanut butter and jelly ones, so I buy the strawberry and grape varieties often. Only problem is, they don’t come cheap when compared with good old-fashioned jelly, peanut butter, and bread. But the sandwiches (even when cut into winsome triangles) don’t make these little cuties smile as much and, frankly, my world is consumed by making them smile.

I found something on Amazon that makes us ALL smile even more. Me because they’re fun, economical, and (most importantly) make my little buddies smile EVEN bigger because they’re involved with creating their own “Uncrustable-Style” sandwiches!

The Sandwich Cutter (Amazon link) allows you to choose your own fillings – just be sure you don’t overfill because the goodness will come through the roof! Peanut butter & jelly, Nutella – with or without the peanut butter, ham and cheese, cheese blends, pimento cheese, chicken salad, tuna salad… the options are nearly limitless.

The instructions are given very clearly and simply on the back and there’s even more information on the Amazon page when you click through.

One of the coolest things is you can use this tool to make up a LOT of handheld little sandwiches and freeze them. They’re just as good after being frozen as they are when fresh. It’s kind of magic, if we’re being honest.

The fact that kids can help you make them is one of the biggest attractions. I am ALL for getting girls and boys involved in food preparation and in making discoveries in the kitchen. These handheld sandwiches are IDEAL for school lunchboxes, taking to the office, afterschool snacks, and even a quick breakfast. 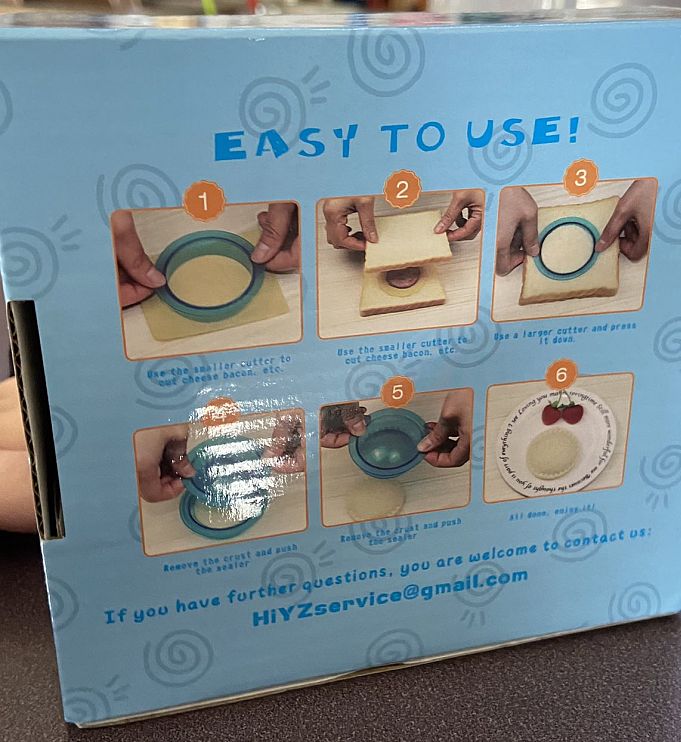 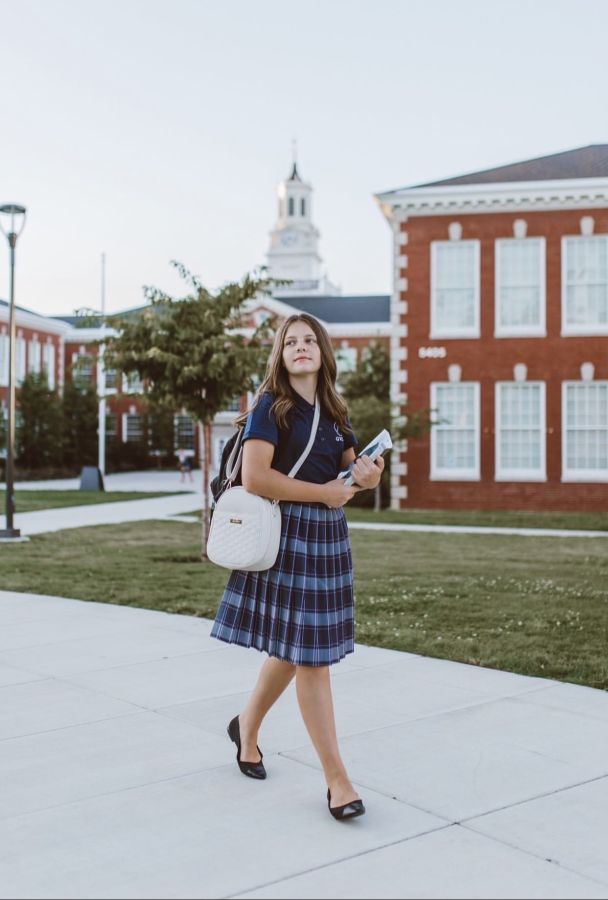 A few days ago I began working on a “roundup” style post of stylish, very attractive lunch bags for the series of back to school posts. That very day, I got an e-mail about Luli Bebe’s Monaco Snack/Lunch Bags and couldn’t help but be struck by the lovely irony.

I left the windows I had open and honed all of my attention in on the Luli Bebe’ Monaco Snack Bags (Amazon link). 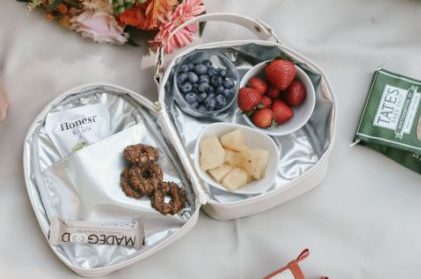 These bags are so exceptionally well-made and so ridiculously beautiful that any student (middle school, high-school, college..) OR any worker (office, factory, grocery store, hospital, coffee shop, restaurant…) would be honored to carry one.

They’re available in many gorgeous colors and, as you can see on the right, give ample room for a great meal and/or multiple snacks.

When I was in high school/college, I would have LOVED a great looking bag like this. Feeling kind of salty about the basic little bag I I had to resort to!

I’ll be honest, I’m so excited about and impressed by this particular bag, I’m giving it its own separate post, away from the roundup that’ll be published in a day or two.